Read It! Write it!

Watch this video to learn more about the census.

Why is the census important? Write down as many reasons as you can think of why it might be important to know how many people live in the United States. Read your list to someone and ask if they can come up with any more reasons. Then, watch this video and see if you can add it to your list.

Leveled learning extension 2:  Use this worksheet to take a “census count” of the people who live in your house.  Here is a super fun activity book about the census!  Finally, there is a song to sing called “Everybody counts!”

What are the numbers? When we count something, this is a type of data or information. The census gives us data about the population of each state. You can download the student worksheets here. 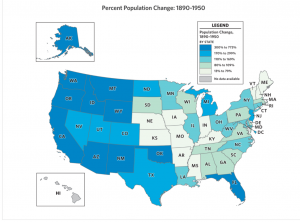 #1: This map is a “heat map”; the darker the color, the more the population, or the number of people who live there, grew between the years 1890 to 1950. What do you notice? What do you wonder? By the way, Alaska and Hawaii didn’t become states until 1959! Can you find out when California became a state? 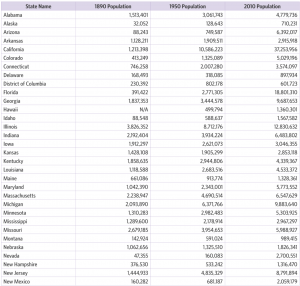 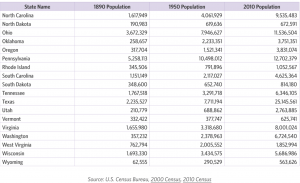 #2: Use these tables of state population to compare California to another state. What was California’s population in 1890, in 1950, and in 2010?  Did it grow a little or a lot? Why do you think that is? 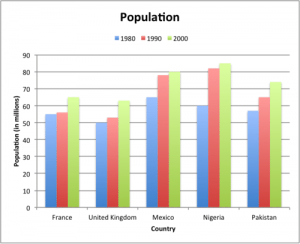 #3: Here is a bar graph showing the population of five countries for 3 different years. The numbers on the left are labeled “Population (in Millions)”.  About how many million people lived in France in 1980? In 1990? In 2010? How do you know?

Challenge! Can you create a similar bar graph showing the population of California and the other state you chose for 1890, 1950, and 2010?  Will the scale on the left need to show numbers in the millions, 100 thousand, or another scale? Why?

Follow the clues! If you want, do this geography scavenger hunt to review what you know about some of the states in our country as you track down Gina the Geographer.

Now Advertise!  Spread the word that the census is important by creating a clear, colorful poster with the theme “Be Seen, Be Heard, Be Counted”.  The poster should encourage households to complete the 2020 Census.

You can take a picture of your poster and upload it here by Wednesday, April 22.
In order to upload your poster, you will need to be logged in using your school’s student google account.

Selected posters will be posted on the ELO Website.

For each person that lives in your home, write a short poem or song about them and perform it for them, if you can!

Draw a picture of your family, everyone that lives in your family. Talk about each of those people.

Did you do today’s activities?

Push the button below to let us know you’ve completed the activities below:

Focus on figurative language: An idiom is a phrase or expression that has a different meaning from the literal meaning. What does raining cats and dogs mean? Discuss the meaning and use it in a sentence with someone in your home.

Additional lessons are available for this grade level by pressing “More Lessons” above, or selecting a lesson below: 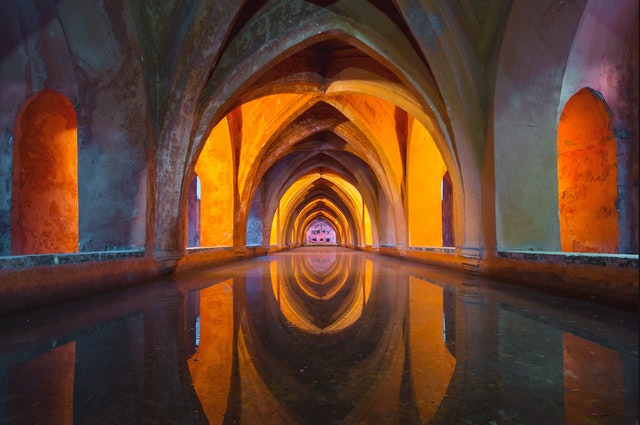 Today's ActivitiesThe events you are living through today will be part of history tomorrow.  Stories people write about parts of their lives can be used by people in the future to learn about the past.  Learn more with this BrainPOP Jr. video. What will your future... 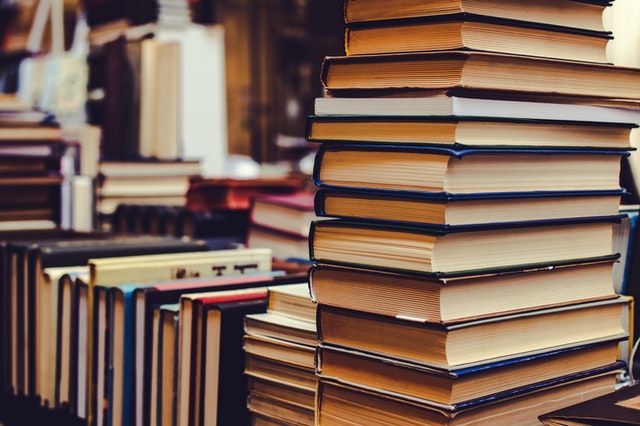 Today's ActivitiesDiscuss this picture with an adult at home.  What do you think it means?  Why do you think the illustrator chose an iceberg to represent success? Lookup any of the words under the water, labeled “What People Don’t See,” that you don’t know in a... 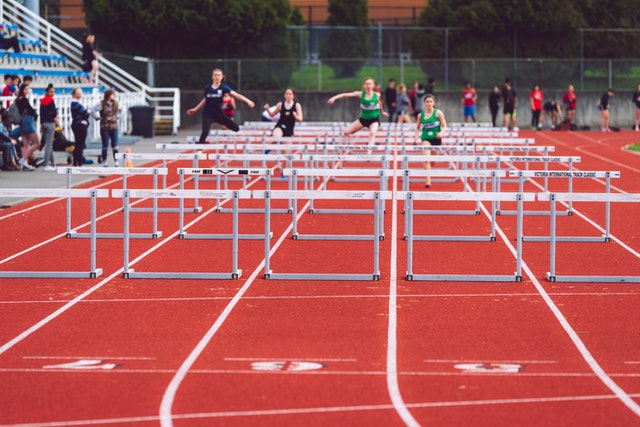 Today's ActivitiesWatch “Miss Nelson Has a Field Day” and fill out this story map to describe the plot elements.First, draw a large chalk 10 by 10 grid on the blacktop or sidewalk. Mark the numbers 1 through 10 along the top and down the left side. Get beanbags (or...